Great teacher of the Law of Attraction.

Neville Goddard was the last century’s most influencial teacher of the “Law of Attraction”. He wrote more than 10 books and was a speaker on metaphysical

Neville Goddard was one of the pioneers of the concept of The Law: “imagining creates reality” and is the man I regard to be my greatest teacher.

Neville Goddard was perhaps the last century’s most  charismatic purveyor of the philosophy called New Thought. He wrote more than ten books under the solitary pen name Neville, and was a popular speaker on metaphysical themes from the late 1930s until his death in 1972.

Neville likewise taught that the mind creates multiple and coexistent realities. Everything already exists in potential, he said, and through our thoughts and feelings we select which outcome we ultimately experience. Indeed he was preaching to us what Qantum Physics is about. 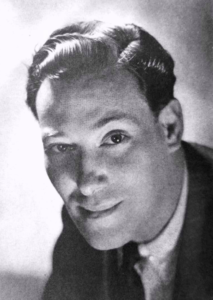 Neville Goddard was born in 1905 and died in 1972, leaving an incredible impact on the World with his esoteric teachings.

“Imagination and Faith are the Secrets of Creation.”